Guess Who's Buried in a Jewish Cemetery? Part 3 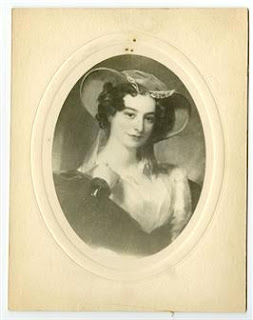 The Historical Society of Pennsylvania runs a “Question of the Week” quiz on its website, created by technical services archivist Cary Majewicz.

One recent question was “What Philadelphia woman was rumored to be the inspiration for the Jewish heroine in Sir Walter Scott’s novel Ivanhoe?”

I knew the answer because my first job in Jewish education was as a raw teacher in the Philadelphia Hebrew Sunday School Society founded by Rebecca Gratz, the role model for this novel!

A version of the answer also appeared on March 1, 2009 in the Philadelphia Inquirer, in a section entitled “Memory Stream,” provided by the Historical Society.

In the early 1800s, Rebecca Gratz was a beautiful, cultured woman in Philadelphia’s elite class. She is rumored to have been the inspiration for the Jewish heroine in Sir Water Scott’s novel "Ivanhoe."

But Gratz was much more than a pretty face. She was a successful educator and philanthropist who provided relief to Philadelphia’s poor women and children and furthered the moral and religious education of Philadelphia’s Jewish community.

Gratz was born in Lancaster, Pennsylvania, on March 4, 1781, and her family later moved to Philadelphia. She began her charitable work at age 20.

In 1801, along with her sisters and several other women, she founded the Female Association for the Relief of Women and Children in Reduced Circumstances, a nonsectarian organization designed to assist formerly affluent women and their families who had fallen on hard times. 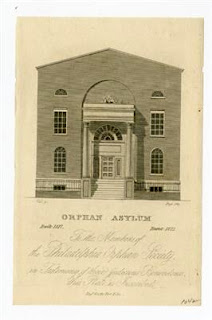 She expanded her work with poor women and children by establishing the Philadelphia Orphans Society (1815) and the Female Hebrew Benevolent Society (1819).

She experimented with Jewish education in 1818 by creating a small religious school for her siblings and their children; this trial provided the basis for the Hebrew Sunday School she would create some 20 years later.

Gratz never married, and instead devoted her life to charitable work. She died in 1869 and is buried in Philadelphia’s Mikveh Israel Cemetery.

Attendees of the 29th IAJGS International Conference on Jewish Genealogy in Philadelphia, August 2-7, will be able to visit her grave and those of other notable Jewish Philadelphians at the nearby Mikveh Israel Cemetery.

Posted by First Rabbi in Rabbit World at 9:40 AM