Reminders of why recording cemeteries is so important are the Nuevo, Hoxton and Bancroft (Maiden Lane) cemeteries.

The first two were sold, the remains moved, the history lost, the tombstones buried or lost or whatever they do with them when they do these things; the latter has just fallen into to such a state that there are just a handful of tombstones remaining.

The remains from Nuevo cemetery were moved in 1974 to a small, out of the way cemetery in Brentwood. 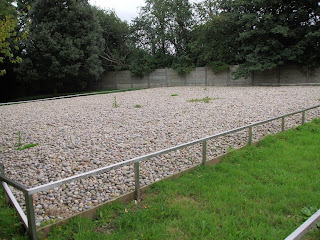 However, no one seems to have thought of taking a few photos before the destruction of this part of the cemetery. Later burials remain in situ. 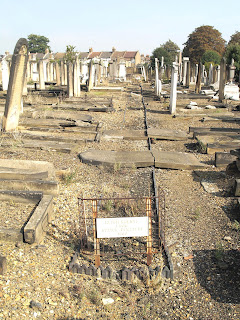 A list of epitaphs written by Dyan Mendelssohn in 1929 are the only remaining records of those buried there.

No photos were taken of the headstones and memorials prior to its conversion into a playing field.

The remains were moved to West Ham Cemetery (above; photo credit: GenPals Cemetery Project), where, due to a shortage of space, some paths were dug up and the remains buried there.

Only a few small plaques mark the areas.

Click here for a short history of Hoxton Cemetery.